“Through the power of God, by the year 2022, we will be a most caring, vibrant and effective Church, attracting and transforming lives and communities.” 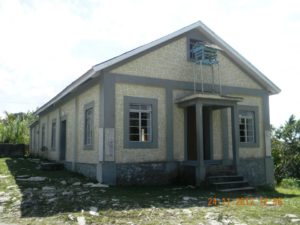 “The Moravian Church is called by God to actively and enthusiastically spread the Gospel of Jesus Christ through the effective stewardship of our human, financial and material resources.”

LEST WE FORGET: MORAVIAN MEMORIAL DAYS

March 1 – The founding of the Unitas Fratrum at Lititz, Bohemia, 1457

March 26 – The election of the first Minister of the Unitas Fratrum, 1467

May 12 – The signing of the Brotherly Agreement which marked the Renewal of the Unitas Fratrum at Herrnhut, Saxony, 1727

August 13 – The Manifestation of the Holy Spirit at Herrnhut, 1727

August 17 – The Revival among the children at Herrnhut, 1727

August 21 – The departure of the first Moravian Missionaries from Herrnhut, 1732

September 16 – The experience of the Headship of Christ, 1741. This date is observed as Ministers’ Covenant Day for renewal of their covenant with God and with one another.

November 13 – The Proclamation of the Headship of Christ, 1741 (Christ as Chief Elder of the Moravian Church).

December 9 – The beginning of the Moravian Missions in Jamaica, 1754