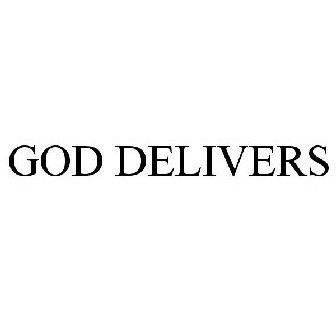 Picture David before he becomes king, running away from King Saul who has sworn to kill him. In 1 Samuels 21 he goes to the Ahimelech, the priest of Nob where he begs bread for himself and his men. The only bread available was holy bread, bread of the presence that had been removed from the presence of the Lord and replaced with fresh bread. Only the priests were to eat this bread, but Because David and his men had kept themselves pure, they were given the bread. Next David went to the city of Gath where Goliath had come from. There he sought refuge from King Achish but when the people recognized him, David pretended to be a mad man, hitting his head against the gate and drooling on himself. The king dismissed the claims of those who said it was David, blaming them for allowing another mad man into the city. David later wrote Psalm 34 in response to these experiences. In verse 4, today’s watchword, he testifies, I sought the Lord, and He answered me, and delivered me from all my fears. Like David, we too know our Lord as the one who delivers.

As deliverer, Jesus is able to rescue us from harm and danger. Psalm 18: 2 says The Lord is my rock, and my fortress, and my deliverer; my God, my strength, in whom I will trust; my buckler, and the horn of my salvation, and my high tower. In Hebrew, he is known as Jehovah-Mephalti, which means the Lord my deliverer. Those who trust in the Lord will be delivered by the Lord. In verse 6 of  Psalm 34, David testifies, In my desperation I prayed, and the LORD listened; he saved me from all my troubles. Such deliverance is promised to the faithful friends. God is not far from us neither is he untouched by what is happening around us or to us. Indeed He is a God who stands ready to deliver. Thus the prophet Isaiah challenges us in chapter 55: 6, to Seek ye the Lord while he may be found, call ye upon him while he is near.

It is noteworthy that only God guarantees our delivery. With God all things are possible to those who believe. Such delivery is often granted in situations which were thought impossible. Think of Abraham and Sarah in Genesis, well past the child-bearing age and her being barren. They became pregnant and Isaac was born. Think of Jairus’ daughter in the gospels. Declared dead, yet Jesus brings her back to life. Think of Lazarus, already buried 4 days, but Jesus called him out of the tomb. Indeed our God is a God of impossibilities. Today you may be faced with an impossible situation, something that you have been struggling with. David’s testimony can also be your testimony: I sought the Lord, and He answered me, and delivered me from all my fears.  I believe I need to remind someone today of the God we serve. He is a God of order, a God who provides and protects, but most importantly for us this time a God who delivers. Trust Him as David did. Trust Him as Daniel did in the lion’s den and the lion’s mouths were locked. Trust him as the three Hebrew boys did in the fiery furnace and danced among the flames. Trust him as that lame man did at the pool and declared ‘Lord if you want to, you can heal me’). I implore you friends, trust God with your situations for He is a God who delivers. Like David we will be able to say; I sought the Lord, and He answered me, and delivered me from all my fears. Amen.

MONDAY REFLECTION – A Song of Praise

WEDNESDAY REFLECTION – Go back to Bethel!
Scroll to top