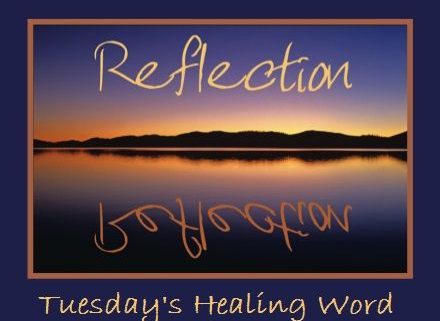 In Leviticus 26: 1 – 13 God reminds Israel of their promised obedience to the Law and the blessings they will receive for keeping them. The promise to them is that those who walk faithfully with God will be rewarded with peace, prosperity and power. Israel is then reminded through today’s watchword of God’s action of deliverance in their lives which has continued to be a source of blessing to them. I am the Lord your God who brought you out of the land of Egypt, to be their slaves no more; I have broken the bars of your yoke and made you walk erect. Lev 26: 13

When God freed Israel from slavery he did not leave them in the land of Egypt but led them out of the situation and the place of bondage to a place of freedom and safety. God also reminded them that their yoke was broken. The yoke represented the bondage of slavery. While slaves they could not live like normal people. They could not stand on their own two feet because they were not allowed to do so. The breaking of the yoke allowed Israel to walk upright again, standing as men and women, as people who were free and not as property of the Egyptian slave owners. Egypt represented shame, shackles and suffering, the burdens of which caused them to look down in shame. Freedom meant they could look at each other unashamed, they could hold their heads up and they could square their shoulders and face the world as freed people. God did not just bring them out of slavery, God completely changed their situation of shame and captivity to one of freedom, pride and joy. Such is the completeness of God’s action, giving them full freedom to serve Him as they should. Who the son sets free, is free indeed. Jn 8: 36

Yesterday Martin Luther King Day was celebrated in the United States of America. Dr. King was a Civil Rights leader who fought for the full freedom of the black population in America. Although given freedom from slavery in 1865, 31 years after the English-speaking colonies, Americas black population has been faced with every manner of hardship one can think of as there has been a consistent effort to keep blacks dehumanized. The yoke of the black person has been broken but blacks have not been allowed to walk upright. Dr. King recognized that this was caused by the actions of men standing in opposition to God’s intention. Thus he proclaimed in his dream of 1962 ‘when we allow freedom to ring, when we let it ring from every village and hamlet, from every state and every city, we will be able to speed up that day when all of God’s children, black men and white men, Jews and Gentiles, Protestants and Catholics, will be able to join hands and sing in the words of the old Negro spiritual, “Free at last! Free at last! Thank God almighty, we’re free at last!” Lord haste that day.

In today’s society that which spiritually binds and shackles us is sin. God sent Jesus Christ to free us. While sin enslaves us and causes us to stray from God, Jesus offers us forgiveness, freedom from a sinful life and a return to God’s presence. This is accomplished purely through God’s grace. Grace releases us from the bondage of sin, removes us from the presence of sin, makes us cease the practice of sin and protects us from the threat of punishment for sins. Grace gives us the pardon needed to start over and begin living a new life, a life in which we are no longer slaves to sin but can walk uprightly, not as bondsmen but as free. In this new-found freedom we are encouraged to turn fully to God through Jesus and living fully for Him. God in this way brings about a complete change in our lives. May our lives constantly reflect this change as we live for Him, being a visible sign of His grace and His presence in the world. Amen.

WEDNESDAY REFLECTION – A Call to Faith
Scroll to top